The calm of employees darting to and from work and innocent passersby enjoying a sunny Monday stroll in north Toronto was shattered on April 23rd, when an individual hopped a curb near the intersection of Yonge and Finch and engaged in a murderous rampage, running down and killing 10 people, while injuring 16. A terrified city immediately fell into a state of shock and fear, then mourning as the names of the deceased and injured were eventually released.

The alleged driver of the vehicle, Alek Minassian, was quickly apprehended by police, ending the rampage and restoring new normalcy to the city. While Toronto is one of the safest cities on the planet, we were all reminded of the need to be vigilant and prepared for emergency situations, however unlikely they may be. That last part is important. Only a tiny fraction of one-per cent of us will ever be involved in such a gut-wrenching tragedy.

For that, we can all be thankful.

The challenge is that when disaster strikes or an individual or a group of people become intent on causing harm to others, we must be prepared to react with comprehensive emergency preparedness and disaster response plan (EPDRP). I outlined the importance of having just such a strategy in place on our Emergency Security Page, focusing on the nuts and bolts of designing a customized plan that makes sense for your organization.

But the Toronto van attack targeted pedestrians on a public street. How would an EPDRP help in such a situation? The answer, in this case, is that it wouldn’t. But a variation of that tragedy plays out in workplaces with alarming frequency across North America—particularly in jurisdictions where gun ownership is more widely accepted. Increasingly, vehicles are becoming the weapon of choice for that intent on causing harm thanks to their availability and ease of access. All it takes is for someone to drive a van through a storefront or to run down employees in a busy parking lot—see the murder of a Canadian forces member by way of a car attack in Quebec in 2014—and the ease at which these crimes can be committed becomes apparent.

For commercial property owners and managers, not to mention employers intent on protecting their staff, the EPDRP is a tool to help ensure readiness and to take action when worst-case scenarios play out.  The one point I want to re-emphasize from that previous blog in the wake of the Toronto van attack is the need to communicate the plan to employees, and to conduct regular drills to make its deployment simple and reflexive. It’s crucial to work with your security firm or in-house security personnel to develop a plan that addresses potential vulnerabilities across your workplace. The plan should also nod to operational realities such as shift changes or periods of increased vulnerability, as well as logistical concerns relating to the layout of your property or building.

Most importantly, we remind our clients that an effective EPDRP is about people more than anything else, and most notably how they react in a challenging situation. The key is to remind employees, residents (in the case of a condominium property), customers or other stakeholders of the importance of remaining calm in a troubling situation. Then it’s about ushering them to safety and away from danger as soon as possible. At times that could involve a lockdown scenario if an assailant is threatening your property. In the event of an attack similar to the van incident, it could mean remaining inside a building until receiving the all-clear from authorities.

Deploying a plan and keeping stakeholders calm and safe will be the responsibility of your security team. Are they sufficiently trained in these protocols? Are there enough security personnel on duty at any given time to ensure that if an emergency situation occurs, your organization will have the staffing needed to keep the building and everyone inside it safe and secure? Again, these may only be once-in-a-lifetime incidents, but when they happen, you need to be ready.

Almost nothing could have prevented the tragic van attack that shattered so many lives, but if there is any positive lesson we can glean from the incident, it’s that it’s never too late to be prepared for emergency situations—even the most unlikely.

In part two of this blog, I’ll explore another important takeaway from this tragic event. 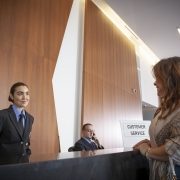 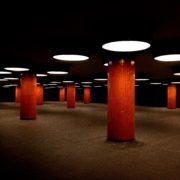 Why It’s Time to Upgrade Your Condo Lighting 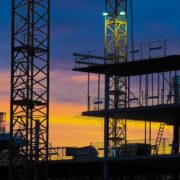 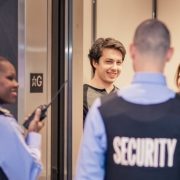 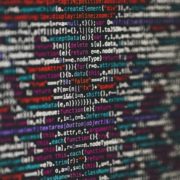 Ransomware demands are paralyzing municipalities. Will your business be next? 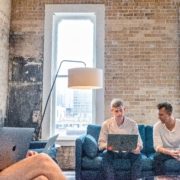