Retail theft is not only pervasive but can be extremely difficult to control. Just ask the LCBO, Ontario’s liquor retailer, which is in the midst of a crime spree-related crisis plaguing key outlets across the Greater Toronto Area—a problem that could, at least in part, be of its own making.

When the Toronto Star first reported on the phenomenon of brazen daylight thefts at LCBO locations, many of us in the retail security industry shrugged. The incidents were no surprise given the lack of in-store security at most of the organization’s stores. According to statistics unearthed by the Star, LCBO outlets have been targeted more than 9,000 times since 2014. That’s a staggeringly high number, but the data are even more harrowing, according to the Star’s reporting:

The problem has become so bad that school principals have reportedly complained to police that, in some cases, their minor students are shoplifting liquor ‘with impunity.’ What’s to blame for this dramatic increase in theft?

First, the LCBO has a strict no-intervention policy in place regarding in-store pilfering. Staff members are forbidden from intervening when a robbery occurs. This has resulted in bizarre (and in the case of some stores, almost daily) examples of LCBO workers literally being forced to stand by and watch as thieves walk into their stores with duffel bags or backpacks, which they promptly fill with merchandise, before making an exit. Some are so bold as to take their time and leave the targeted store at their leisure.

Aside from the cost to the provincial treasury of losing millions of dollars in merchandise each year to preventable theft, the costs are much greater. LCBO employees report regularly being threatened by thieves—in some cases with needles or knives—and being forced to deal with smashed bottles left in the wake of these brazen robberies. Demoralized and frightened, these staffers have taken to whistleblowing through the media to make their voices heard. How long, they wonder, before a customer or employee gets seriously hurt?

The bigger challenge is a certain apathy at the C-suite level across the LCBO, not to mention on the part of the Toronto Police Service, whose experimentation with no-response retail theft policies sends a clear message to criminals: LCBO stores are open for illicit business. With some products such as rare scotches priced at several hundred (or thousands) dollars, liquor stores are prime, easy targets. LCBO leadership has only recently announced its intention to add a stronger retail security presence at some GTA stores. Hopefully, the move has the desired operational impact.

To be clear, ‘No touch/No chase’ policies are not exclusive to the LCBO. They have been embraced by risk- and liability-weary organizations for years, and for good reason. Staff are not trained police or retail security professionals. They risk personal injury—or worse—in making ill-advised, if admirable, attempts to stop a theft in progress. These policies, in other words, exist for a reason.

But it’s incumbent upon upper management at retail organizations such as the LCBO to take action and ensure their stores are protected at all times. That often means taking a holistic, integrated approach, introducing everything from the latest in high-definition digital cameras with facial-recognition software to spot known malfeasants before they can pilfer goods, to having a security presence on-site at all times in higher-risk areas—and those aren’t limited to economically-disadvantaged communities. The LCBO data shows that shoplifting is rampant even in more prosperous neighbourhoods.

Having experienced, professional guards on-site sends a message to would-be shoplifters that their activities won’t be tolerated. And yes, deterrence does work. Will it necessarily stop attempted robberies altogether? Obviously not, but criminals will think twice before trying to lift a rare bottle of Glenlivet. More so if they know that police will arrive on scene if theft is in progress or has just occurred.

Ignoring brick-and-mortar Toronto retail security needs are common in the digital era when an increasing percentage of retailers’ budgets are being directed to preventing fast-growing challenges such as cyber theft and fraud. But as long as business is being conducted in the offline world, organizations need to be prepared to protect their property and their people.

Being a retail employee shouldn’t come with constant fears over one’s personal safety and security. But that’s the reality for provincial liquor store employees in parts of Manitoba, in particular those employed at outlets in higher-risk neighbourhoods of Winnipeg.

In recent months the provincially-run liquor stores have seen a rash of brazen robberies in broad daylight. Now, the incidents have escalated with three employees facing unprovoked assaults in recent weeks, and one receiving acute medical attention in hospital as a result. Manitoba Liquor and Lotteries has closed one store in response and has taken various other measures in an effort to deter theft.

The incidents mirror those of the past two years across a handful of LCBO outlets in Toronto. In both cases, liquor boards have instructed employees not to take action to prevent shoplifting. That’s created bizarre scenes where employees and customers are literally left to stand and watch as duffel bag-toting thieves walk into a store, take their fill, and leave without resistance. The union representing liquor store employees in Ontario has criticized the LCBO’s retail security strategy and staff training, as well as the retailer’s claim that shoplifting costs the organization less than $6 million a year in pilfered items—a figure the union says is grossly underestimated.

To be clear, the workplace policy preventing store employees from intervening is the right one. There have been far too many examples—as in the Winnipeg case—of employees being threatened, injured, or having unknown liquids thrown in their direction. Taking a chance with people’s lives or safety simply to reduce the odds of having a few bottles of vodka shoplifted isn’t worth the risk.

In response, business leaders have called for action to address the issue.

“This situation is out of control, not just in our liquor marts, but also in private retail stores,” Michelle Gawronsky, president of the Manitoba Government and General Employees union, said in a written statement, as reported in the National Post.

“We need an urgent summit of law enforcement, addictions and social services, public and private retailers, unions, and the provincial government.”

Various other crime-prevention methods have been floated, including requiring customers to fill out forms requesting products that would then be retrieved from a storeroom, a la the Consumers Distributing stores of our youth. That idea was quickly rejected, likely by executives who understand that experiential retail security in Toronto is the future, not one that mirrors a Soviet-era supermarket shopping experience circa the Cold War. The cost of completely reconfiguring store designs to allow for controlled distribution would also be cost-prohibitive.

So, why the uptick in liquor store crime? While poverty and addiction in certain regions is undoubtedly a major contributing factor, basic ease of execution is what attracts petty criminals such as the ones who boldly fill bags with easily traded merchandise, which in many cases is flipped to fund various personal addictions. Surveillance cameras are always a useful crime-prevention tool, but in this case—and, again, with the level of crime in question—they tend to have little impact because they only catch thieves after the fact. Many of the individuals in question have nothing to lose and little fear of going to jail.

The best approach is to have a strong, in-store security guard presence—and, in particularly risk-prone neighbourhoods, potentially even off-duty police officers—to send a clear message to thieves that they will be apprehended. These guards need to be properly trained in citizens’ arrest tactics to catch and hold thieves until police can make it to the scene.

Some Manitoba stores have also implemented bottle locks, which can work. The problem is that individuals who want to crack these theft-prevention devices will always find a way. Still, that extra step may cause them to think twice and try stealing something else instead. Or it could merely create a time-consuming inconvenience. Either way, the locks are not 100 percent effective.

Preventing robbers from entering stores in the first place is one of the most effective strategies. While requesting identification at store entrances can create a negative experience for law-abiding customers, it does send a clear message to would-be thieves that their behaviour will not be tolerated. Managing the optics and other logistical challenges such as long line-ups during the peak holiday season or during long weekends, however, can be daunting. It’s by no means the perfect solution.

Another option is to keep high-value liquor under lock and key, requiring staff assistance for a purchase to be made. While this helps protect luxury brands, it does little to deter the smash-and-grab of low- to mid-range bottles.

Overall, the key to preventing liquor store retail theft is to customize and combine tactics, while maintaining a careful balance between employee safety, customer experience, and store performance, and profitability. That means tapping the latest technology and using tried-and-true retail security methods such as a live guard presence, as well as entrance controls when appropriate, to deter criminals before they can act. It also takes perseverance, sustained investment, and an acknowledgment that security isn’t a one-time endeavour. Thieves are clever and need to understand that an organization is serious about security before they’ll move on to another target.

Otherwise, situations such as the one in Manitoba will continue, putting employee safety at risk.

FILL OUT OUR QUOTE FORM AND ENJOY A CONSULTATION WITH US TO LEARN ABOUT YOUR RETAIL SECURITY OPTIONS. 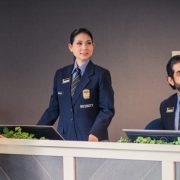 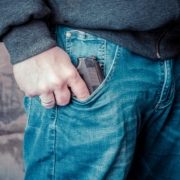 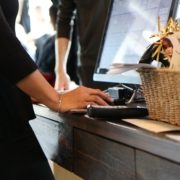 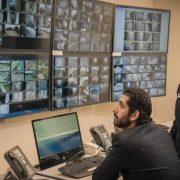 Wincon Security: Celebrating a successful past and a tech-driven future
Five tips to throw a safe and secure workplace holiday party